The truth about Declan Rice valuation 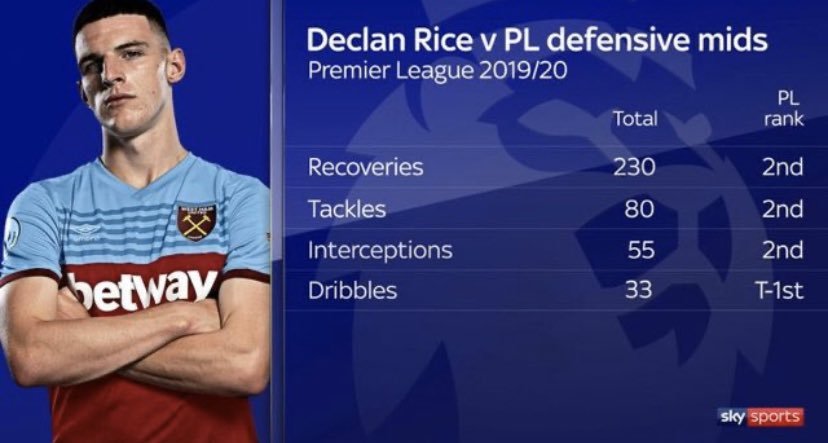 Hammer Declan Rice is West Ham’s most prised asset with a club price tag of around £100m.

The truth about that valuation is laid bare in these impressive statistics.

For Premier League defensive midfielders, he is ranked joint first for dribbles with 33 this season,

His talent doesn’t end there, analysis of his success rate at long passes shows he is placed second in the Premier League with 81.5% just behind Man City’s Rodri with 83.3%.

This is the real reason he is linked time and again with so many transfer stories and so many top six clubs.

Recent articles have linked him with a possible move to Chelsea, Manchester United, Arsenal and Spurs.

But West Ham are reluctant to cash in early and will not sell their star player go on the cheap this summer.

A Club insider told Claret and Hugh this morning that Rice would be the last to sold if financial conditions forced it. 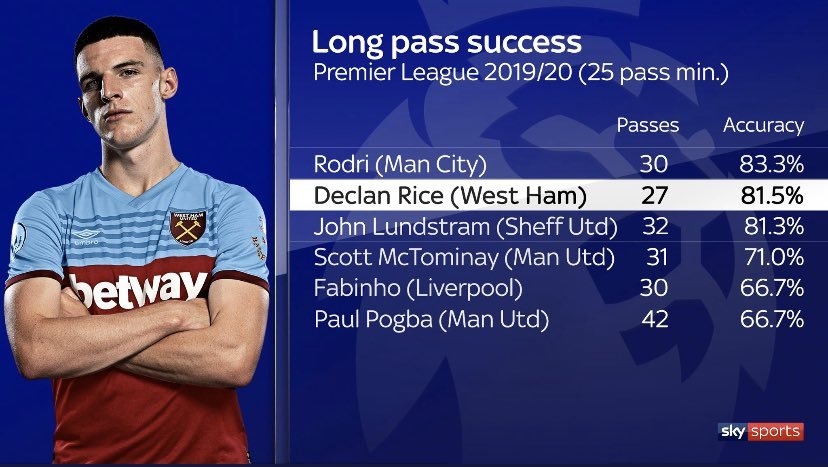 One comment on “The truth about Declan Rice valuation”