The West Ham beauty and the beast! 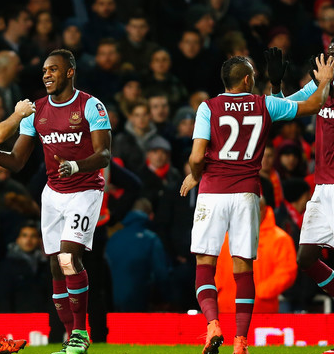 Pundit Jamie Redknapp has described Payet giving West Ham its beauty and Michail Antonio as playing the part of the beast.

“IF PAYET IS WEST HAM’S BEAUTY, THEN ANTONIO IS THE BEAST”

“We’ve all been so taken by Dimitri Payet’s fine performances for West Ham this season that Michail Antonio has almost gone unnoticed. They couldn’t be more different — they are like beauty and the beast — but Antonio is having some impact.”

“He is not easy on the eye but he doesn’t half put a shift in. You only need to look at his goal against Liverpool at the start of February. He won the ball at one end before running the length of the pitch to score at the other.”

“There’s no doubt Payet has been the catalyst for West Ham this season but sometimes you need some power to balance all those tricks and flicks.”

One comment on “The West Ham beauty and the beast!”