Time running out for Cullen 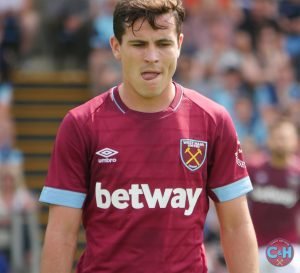 Time is fast running out for Essex-born central Hammers midfielder Josh Cullen who is yet to make his break through to the West Ham first team. The local lad who played his junior football for Rayleigh Boys joined the West Ham Academy when he was nine years old.

A Dylan Tombides Award winner in 2014, the Republic of Ireland U21 captain has also enjoyed loan spells with Bradford City, Bolton Wanderers and Charlton Athletic.

He was called up by Ireland at senior level for the first time after impressing Mick McCarthy while playing for the Addicks in March 2019, before inspiring the south London side to promotion two months later.

His contract with the Hammers expires at the end of May next year with no contract extension insight his chances of a new long term contract currently looks slim.

At 23 years of age many would argue he should have made his breakthrough by now.  The absence of a new long term contract offer with only eight months of his existing contract in place is usually a good indication he is not in Manuel Pellegrini’s long term plans.

2 comments on “Time running out for Cullen”