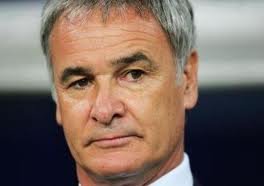 Claudio Ranieri is the latest name in the West Ham managerial frame!

The Monaco boss is expected to lose his job in the south of France at the end of the season unless he manages to lift the French League title.

A trusted ClaretandHugh source said that there was an even money chance that were the axe to fall then the former Chelsea boss could become a target.

However, the big snag which the club may have is the squad rebuilding job the Italian would want in order to produce a side capable of playing in the way he requires.

A source told ClaretandHugh: “Claudio’s name has been mentioned as a possible target were he to become available but he would need sufficient funds to build the team he wants and that could be a problem.

“I would estimate that around £30 million may be required to to improve the squad to his requirements.”

The man known as ‘The Tinkerman’ at Chelsea has brushed off rumours that he’s on thin ice in the south of France.

However, with Zinedine Zidane being hotly tipped as a possible replacement, Ranieri may well be on the market in the summer and it’s that which is fueling the Hammers speculation.

← Sam reckons only a minority want him out!
VIDEO: 50 YEARS AGO TODAY WE WON THE FA CUP →
Click Here for Comments >