Tomkins: “It’s a great place to be” 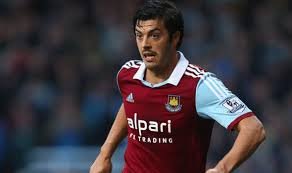 James Tomkins has had a “mixed ” season to put it mildly!

But since nailing a place in the team his game is improving match on match and the odd glitch – which we won’t go into here – hasn’t affected things.

And the local boy – having had his share of the indifferent, ordinary and downright bad times – is clearly happier than he has been for a long time.

He told the official site:”It’s a great place to be at the minute. Around the training ground everyone is smiling and happy and it just goes to show what can happen if you put a good run in.

“This is probably the best I’ve been involved in since I’ve been a player and hopefully we can keep the run going.

“We’ve got good attacking players and we’re scoring goals in abundance. That’s credit to the lads – a lot of them are chipping in with goals. We’ve had 12 different goalscorers this season.

“Even though we’re not conceding many, we’re not keeping too many clean sheets, so hopefully we can improve that.”

Read the full interview at www.whufc.com

← Downing: ‘No fear of the big boys’
Sam Out? Silly season gets sillier →
Click Here for Comments >