West Ham may already have already had a boost in the post Quatar Premier League resumption.

The Hammers are due to meet Brentford in the second game back and after the shock news of Ivan Toney’s likely ban from the game over a lengthy period the striker could well be missing from the game.

It will be a major  bonus for the Hammers should that be the case as so far this season Toney has scored 11 goals in 16 games following the 14 he grabbed in the club’s first season in the PL last term.

The Hammers can also count themselves fortunate that David Moyes turned him down as an option when he left Peterborough United for a fee in the region of £10 million,

He now faces a lengthy ban after being charged with 232 breaches of Football Association betting rules. 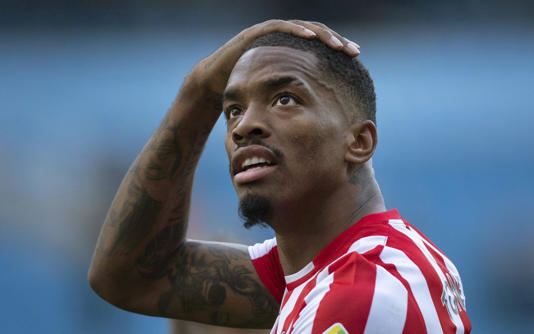 The Brentford striker, who last week controversially missed out on selection for England’s World Cup squad, is accused of placing scores of bets over a period of nearly four years between Feb 2017 and Jan 2021.

He has been given until next Thursday to respond to a charge that could see him hit with a months-long ban.

A statement from the FA read: “Ivan Toney has been charged with misconduct in relation to alleged breaches of the FA’s Betting Rules.”