Top kid ready for his start 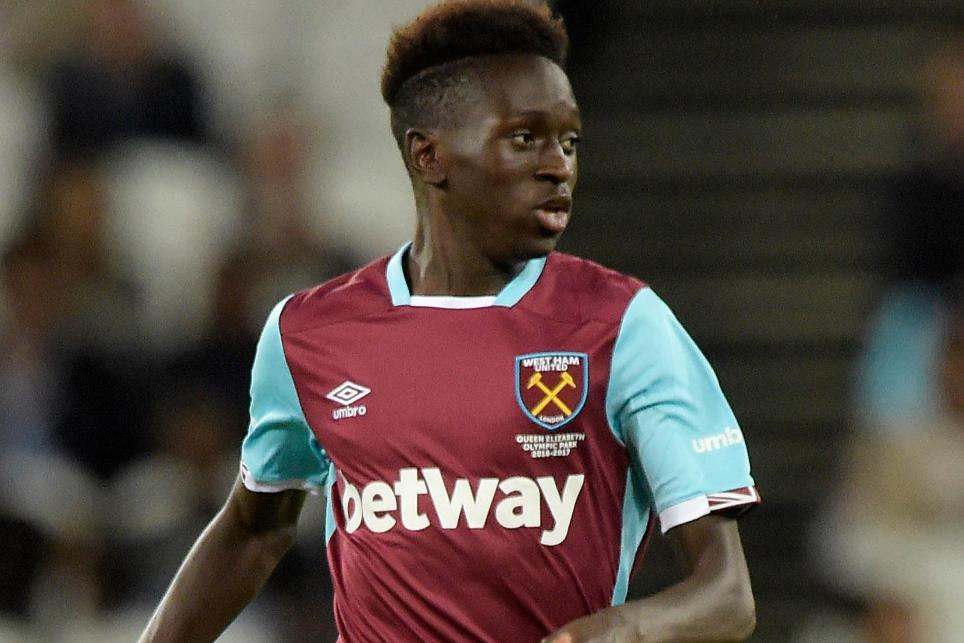 Slaven Bilic is a massive admirer of the Portugal youth international  who played in the high profile London Stadium opener against Juventus, featured in the Europa League and was on the bench 12 times last season.

Indeed he even missed the Under 21 promotion clinching game at Newcastle as expectations grew he may feature in the final Premier League game at Burnley although in the end remained unused.

The simple fact is that Quina is close to making his breakthrough and eagerly awaiting his opportunity to showcase his exciting skills.

He has regularly trained with the Premier League boys and says: “Training with the first team so much in my first season has definitely developed me as a player,” he said.

“The tempo of the game, the physical side of it; I’m getting used to all that now and more often. It will definitely help going into next season and being more ready from the start of it. I’m excited for it to start already.

“Hopefully now I can play in the Premier League as well, and that’s the aim. It was a good first year but now I want to kick on.

“When I first came in, I thought that I would be looking to impress at the Academy and earn a chance later in the season to go with the first team, so that was huge that I was trusted to go straight in there.”

Quina, who was a much sought-after talent before the Hammers snapped him up last summer, not only impressed on the senior stage, but also with the U23 side last season.

The midfielder was often instrumental for the Academy of Football outfit, playing a huge part as they eventually won promotion to Premier League 2 Division 1.

The summer signing also caught the eye with his stunning halfway-line strike which sailed over Leicester City U23s’ keeper’s head in a Premier League Cup clash before the turn of the year.

“That goal was also a special moment,” he said. “I’ve tried it a few times before and I’m glad that it came off. It’s been a great year for the 23s this season for me.

“I have enjoyed playing as both a No10 and a No8 in midfield, but I think at the moment I like playing as an eight more, because I can get on the ball more, be myself and do what I want to do.

3 comments on “Top kid ready for his start”