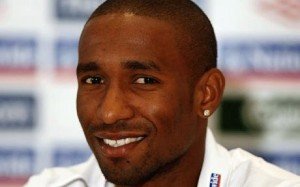 Toronto FC’s message to Jermain Defoe that he can “the hell out of our way” will immediately raise thoughts of a West Ham interest in their former player.

Defoe has often talked of wanting an Upton Park return and was considered as a transfer window loan target but any move now unlikely scenario according to a senior club source.

Leiweke – in a blistering attack on Defoe – said:  “I think if he doesn’t want to be here you get rid of him. If so he can get the hell out of our way.

“I personally don’t think Defoe will come back. I think if he doesn’t want to be here you get rid of him.

Defoe – admired by Sam Allardyce – has spoken in the past of always wanting to make a Boleyn return.

But although still only 31, the Hammers look unlikely to make a move given the strikers on board at Upton Park.

A highly placed source told ClaretandHugh this morning: “It’s never wise to rule out things entirely but I doubt it.

“We have spent our money plus we’ve got four strikers and Andy Carroll on the way back.”

← Sam: Do you call that fashion?
Irons: ‘This is a storm in a teacup’ →
Click Here for Comments >