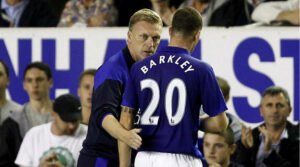 This week, one media outlet reported that Chelsea player Ross Barkley does not want to join West Ham United.  Have we been reduced ourselves to now reporting on players that don’t want to join the Hammers? It could be a very long list!

If so Claret and Hugh can Exclusively reveal that Lionel Messi does not want to join West Ham either.

As we have explained before, the chances of any big money players or wages joining this summer is remote whether they want to join or not. May is traditionally the time of transfer stories and currently, there is a massive void for media outlets to fill.