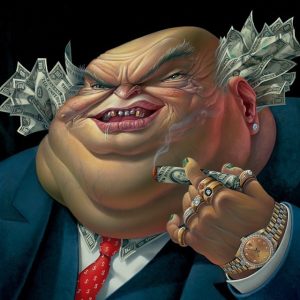 Finally – at long long last – the agents are starting to feel the bite after bleeding Premier League clubs nearly dry over the last six or seven years.

This January saw a fairly dramatic fall in expenditure and that is clearly a knock on from the years of absurd spending fired up by those greedy representatives.

The BBC reports that “Premier League January spending fell for the first time since 2012 with a quiet deadline day capping off a relatively low-spending window.

Deadline-day and January spending were less than half of last year’s totals, with 12 deals on 31 January totalling £50m – bringing the month’s spending to £180m, according to figures from the Sports Business Group at Deloitte.

There will obviouly always be the moaning and groaning from fans that we didn’t spend enough but the problem is not simply restricted to West Ham.

OK, clubs such as Manchester City which are in reality owned by foreign countries will always be able to dig up more and more dough and there’s no competing with those situations anyway.

But what we saw last month was clubs allowing themselves to be held to ransom and acting entirely sensibly as they addressed their transfer window spends.

Yes, we like everybody else,  needed positions filled; at left back and up front notably but when you are being quoted wages of £170k for a Chelsea striker (Mishubayi) plus another £3 million in loan and agents’ fees? Nah don’t think so.

We’ll leave that to Palace who have a gift with strikers – Benteke etc!

For me the reduced spend in the window was brilliant and should – if they are not stupid or greedy enough to get it  –  have sent a serious message to the agents who are genuinely wrecking our game.

January is a terrible time to buy players and it really is time to assess the whole thing. I’d love to see it scrapped completely or reduced to a week because that’s when all the business is done anyway.

And it could well reduce the income going out of the clubs even more and leaving them in a much more stable situation along with the squads who don’t have the issues surrounding key players bugging them for four weeks.