Transfers could go down to the wire 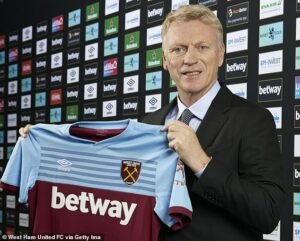 West Ham are likely to have a busy last week in January in the transfer market with some deals going right down to the wire on transfer deadline day.

David Moyes has admitted nothing is currently close with two weeks to go telling reporters today: “I wouldn’t say we are that close but we are working on two or three things at the moment.”

The Gaffer also revealed:  “We’ve got other targets we have in mind and are looking at and will look to bring in the right ones if we can do. The one thing I will never do is talk about players at other clubs, not to upset other managers and it’s wrong to do so.”

The manager added: “Anything we think will improve our side we will be interested to try and bring in.”

West Ham are reported to be targeting bringing in a right back, midfielder and a striker before the January transfer window shut on 31st January.

35 comments on “Transfers could go down to the wire”