Turkish club Trabzonspor are reportedly interested in a swoop for Andriy Yarmolenko.

The report stems from Turkey, which isn’t exactly the most reliable nation when it comes to news reports, but it does concern a club from there. 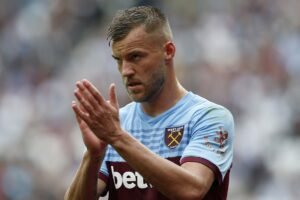 Fanatik reports that Trabzonspor are eyeing a potential move for Yarmolenko, after he was offered to the club by his agents.

Fenerbache and Galatasaray are also said to be interested in a deal to take him away from the Hammers.

Yarmolenko’s current contract is set to expire at the end of the season, meaning that there is unlikely to be a major fee involved in any deal.

Trabzonspor are reported to be considering the potential of a swoop for the Ukraine international and they will continue to assess whether or not they should make a bid in the winter window.

The Ukranian has played just 33 minutes of Premier League football this season and is almost certainly deemed expendable by boss David Moyes.