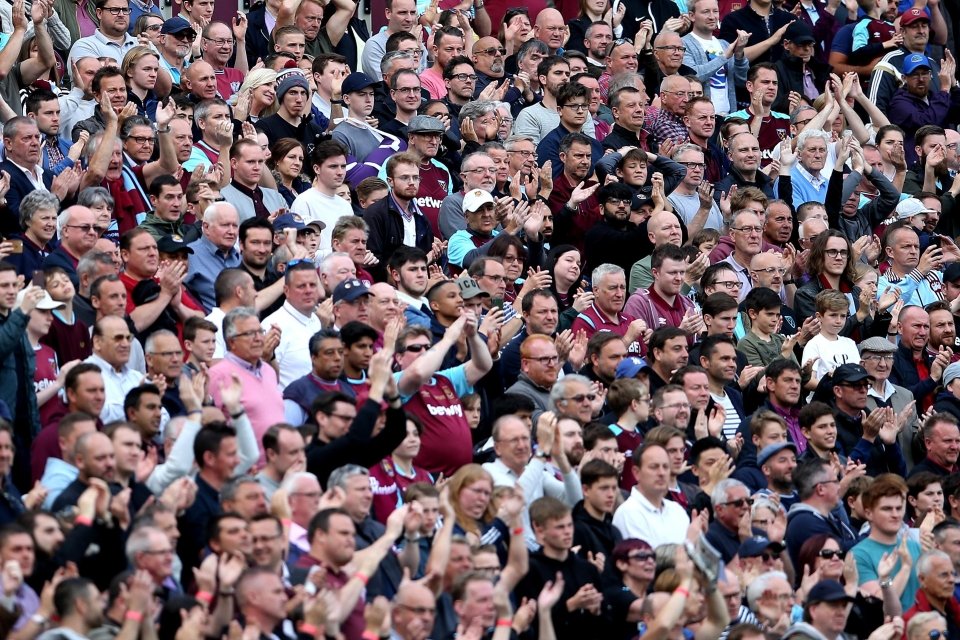 West Ham supporters can be David Moyes twelfth man this afternoon at the London Stadium for the visit of Manchester United.

The atmosphere for the first West Ham home game of the season against Leciester City was incredible and the manager will be hoping that supporters can re-create a similar type of electricity in the crowd to push on and support his players on the pitch.

The game is a sell-out and being the big game it is we would expect almost every seat to be occupied at kick-off giving no excuses for no noise.

The manager cupped his ear and grinned on Thursday evening in Zagreb to the sound of David Moyes Claret and Blue army and if he can turn over his former club today we might hear more signing of the Gaffer’s name.

However, we shouldn’t be waiting for a win just to sign loud and proud as we need to turn the London Stadium into a noisy place from the first whistle at kick off.