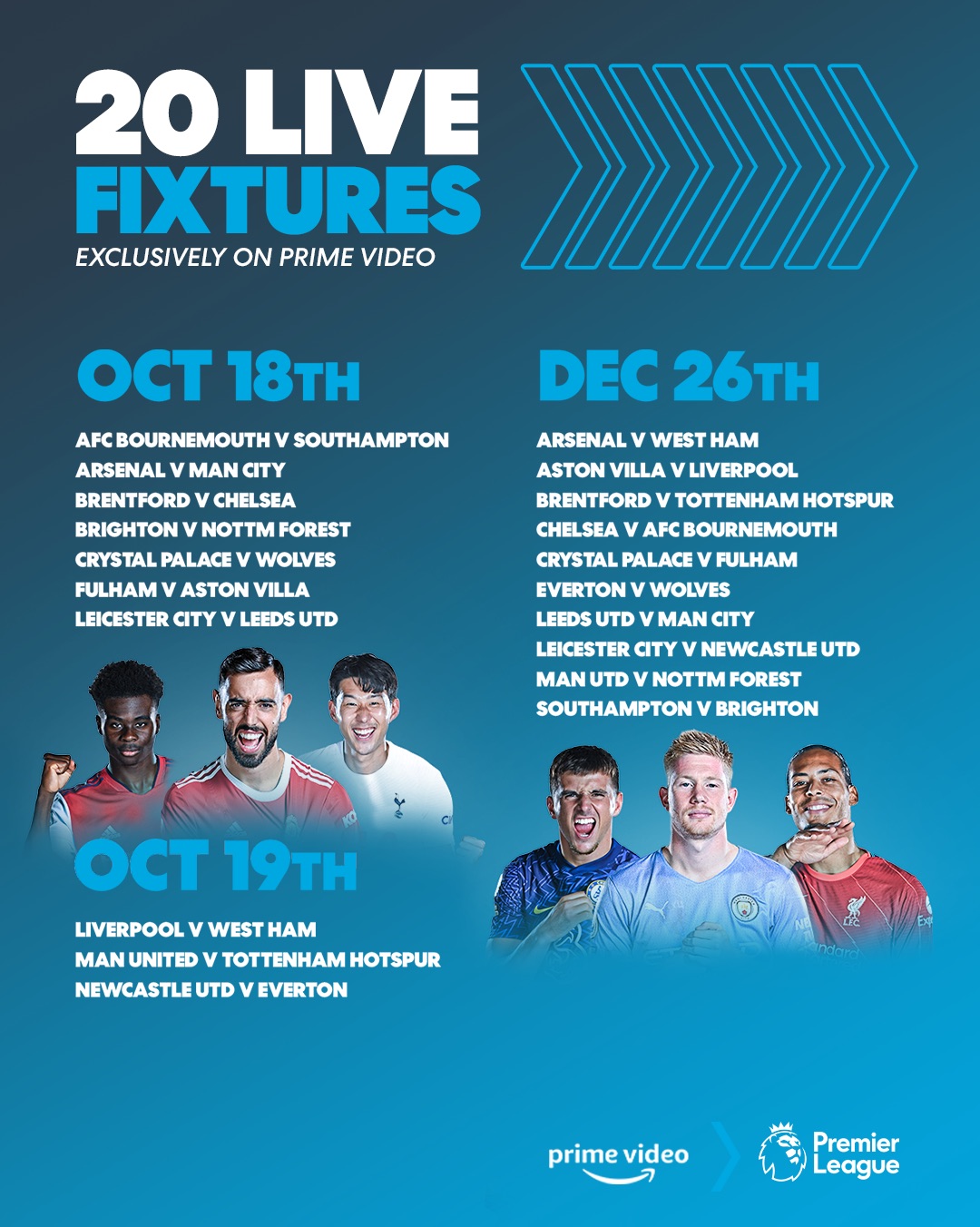 Amazon Prime have revealed it has acquired some notable fixtures foer next season as they gear up for their television coverage before and after the Quatar World Cup.

The broadcaster has been handed two rounds of fixtures, with the first batch being played in October before the winter tournament and the second on December 26 after it has fnished.

And those who have neither Sky ort BT Sport will have a series of blockbuster games from which to make a choice.

Hammers fans are particularly well catered for with our games at Liverpool and Arsenal being shown on October 19 and Boxing Day respectively.

We will of course be looking for different outcomes in both games to last term when we were particularly unfortunate at Anfield when beaten 1-0 in a thriller from which we really deserved at least a draw.