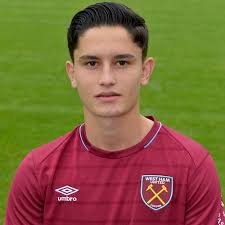 Albania U17 international, defender Kevin Dalipi became a full-time scholar at West Ham United in summer 2017. As a first-year scholar, Dalipi appeared 14 times in the U18 Premier League, starting on six occasions.

Prior to that, the centre-back was a key player for the U16s as a schoolboy, starring at the J-League Invitational Tournament in Japan in spring 2017.

In recent weeks he has been playing with QPR U18 as he looks set to leave the Hammers.

The 18-year-old was included in  QPR youth team that faced Birmingham,  Crystal Palace and Barnsley in April in the U18 Professional Development League 2. 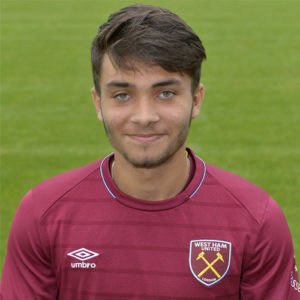 Odysseas Spyrides moved to England to join the Hammers at the age of 12 and has since progressed through the Academy of Football, playing three times for the U18s while still a schoolboy before signing a two-year scholarship in the summer of 2017. An injury-affected 2017/18 season saw Spyrides score five goals in just eight U18 Premier League appearances. And a strong start to the 2018/19 campaign resulted in Premier League 2 and Checkatrade Trophy debuts for the U23s.

It appears Spyrides is also set to leave West Ham with recent trials with both Watford and Southampton in recent weeks.

One comment on “Two more Hammers set to leave this summer”