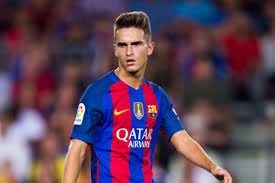 West Ham’s director of football Mario Housillos is understood to have two options in mind to fill the hole left behind by Manu Lanzini’s devastating injury.

Suarez is the kind of creative player we need to play off the front two and could be available of a year’s loan with an option to buy next summer.

He joined Manchester City in 2011 who beat off competition from Manchester C from Barca, Chelsea and rivals Man United.

Housillos is also keen on FC Porto’s Torres who at 23 years of age has been a regular in the Portuguese side and could be available for around £12.5 million.

With another defender, goalkeeper and two midfielders on the current wish list, Suarez on a year’s loan with an option to buy, looks to be the option best suited to the Hammers if we can prise the player out of the Nou Camp.