Two players away from an awesome squad 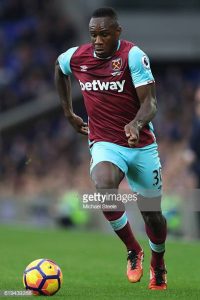 Bear with me…indulge me for a moment whilst I assume that we buy Lobotka and Gomez from Celta Vigo which may or may not happen of course!

Despite reports from all over – and whilst assuming these things are never a given – there are no other clubs in right now and both Pellegrini and Husillos are widely believed to have made these two their top priorities.

Fingers crossed and hopes high anyway whether they he is after these or others!

Should he manage to clinch those deals  or others he would have an awesome squad assuming we can keep everybody fit which I understand is a pretty big ask given our recent history.

The plan – as mentioned previously – as I understand it would be to play Declan and Lobotkov as a dual defensive midfield partnership although the Celta Vigo has a very creative and attacking side to his game when required.

Felipe Anderson, Manu Lanzini, Robert Snodgrass, Mark Noble, Jack Wilshere, Arthur  Masuaku and Andriy Yarmolenko will aos be scraping it out for the other middle of the park berths. 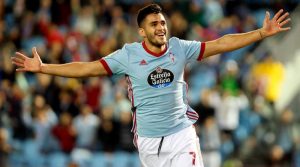 Indeed Antonio – who was in incredible form as a striker towards the end of the season – could also be involved in that situation  should Gomez arrive and partner Arnie up front although I don’t think the Austrian will be his automatic No 1 partner.

What the boss intends to do at the back remains a mystery but one assumes there will be some loan signings appearing which could help out.

Meanwhile,  youngsters Conor Coventry, Nathan Holland and Xande Silva are pushing through from the under 23s.

I understand that many want to see millions spent but when taking a step back and looking at what we will have should the two Celta Vigo boys join this looks a pretty impressive team to me.

On top of that I reckon we can expect to see another back up striker probably arrive on loan.

Assuming we get what we want I reckon we will be looking in very serious shape for that top seven (dare we say six) challenge.

11 comments on “Two players away from an awesome squad”