Uncertain Chicharito to wait and see 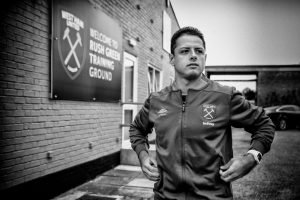 End of the road for the Mexican?

Chicharito is refusing to pledge himself to West Ham beyond the end of the season.

It has been an open secret for some time of course that the 29 year old could be on his way out of the London Stadium – a situation which the player himself is clearly unready to deny.

And he has now told  Univision: “There has always been speculation as to whether I will stay or leave and I cannot guarantee anything.

“I have two more years of contract with West Ham, and everything will come up.”

The club refused to let him leave in the window during one of their regular injury crises and admitting that was the case addingregarding the summer:  “You never know, because in the winter period I wanted to find my way out to have more minutes and could not.”