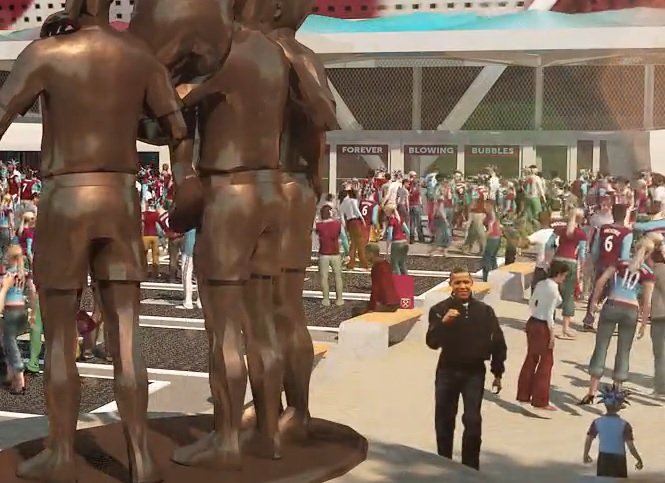 A marketing video put together by West Ham’s 3D digital partner www.iCreate3d.com appears to show US President Barack Obama among the West Ham fans visiting the former Olympic Stadium, presumably to watch West Ham! The video published by Icreate3D on video site Vimeo has since been taken down after ClaretandHugh highlighted it’s existence early this morning. A still image from the video (above) appears to show a figure who resembles President Obama by the bronze World Cup Sculpture called ‘The Champions’ which is due to be relocated to Champions Place.

According to old reports repeated by the Telegraph in 2008, the US President has been a fan of the Hammers ever since a trip to England thirteen years ago and watches Premier League games whenever his busy schedule allows. The club’s shirt previous sponsors who went bust, XL.com once offered hospitality him before he became President.

When we asked a club’s spokesman to comment on the President’s inclusion on the video we got a firm “No comment!”