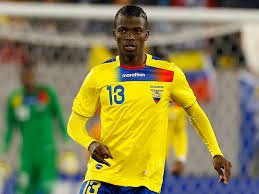 West Ham will have spent the majority of their transfer kitty once they compete the deal for Enner Valencia unless the raise funds from sales of the current squad.

The Hammers are hoping to conclude the deal  Valencia by tomorrow (Wed) and will have then concluded the majority of their business via current available funds.

The club Hammers are known to put a £25 million ceiling on their transfer market dealing from season to season and a Valencia deal will take this season spend to around the limit.

Cheikhou Kouyaté  at £8 million, Aaron Cresswell (£3.75m)  Diego Poyet ( less than a million ) and Valencia will take up to win around £3 million of the club’s usual limit.

And ClaretandHugh was told: “If we buy Valencia or somebody similar, the money is gone.

There could be some low price signings but unless we lose any players what will be it.”

← Valencia medical starts as contract crosses globe
Collison: Elliot Lee may be next to break through →
Click Here for Comments >