Posted by Sean Whetstone on April 12, 2020 in Videos, Whispers 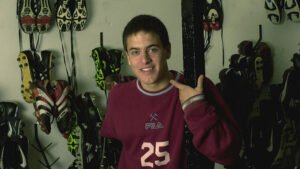 A proud product of the West Ham youth system, Cole made his first-team debut for the Hammers in 1999, at just 17-years-old, before making his Premier League debut just days later. The midfielder then helped the Irons win the FA Youth Cup with a 9-0 aggregate win over Coventry City.

The 1999/2000 campaign saw Cole help West Ham to win the UEFA Intertoto Cup, while the Academy graduate was named club captain at just 21-years-old in January 2003 before winning the Hammer of the Year award for the 2002/03 campaign.

Cole played 187 games in all competitions for the Irons across his two spells, scoring 18 goals. His final appearance in the Claret and Blue came on May 11 2014, against Manchester City.

Watch all of Cole 18 goals for the Hammers below:

One of the most talented players ever to come through the Academy of Football 🔥 pic.twitter.com/m8O0caIxaD