Posted by Sean Whetstone on April 26, 2020 in Videos, Whispers 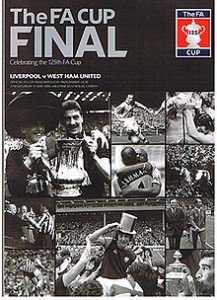 The 2006 FA Cup Final was a football match played between Liverpool and West Ham United on 13 May 2006 at the Millennium Stadium, Cardiff. It was the final match of the 2005–06 FA Cup, the 125th season of the world’s oldest football knockout competition, the FA Cup.  West Ham were appearing in their fifth final, they had previously won three and lost once. This was the last final to be held at the Millennium Stadium while Wembley Stadium was rebuilt. The match has been called The Gerrard Final and is widely regarded as one of the greatest cup finals in the history of the competition.

West Ham took the lead in the first half when Liverpool defender Jamie Carragher scored an own goal, and striker Dean Ashton scored a few minutes later to make it 2–0 to West Ham. Liverpool scored, courtesy of Djibril Cissé, to make the score 2–1 at half time. They equalised not long after the restart via a Steven Gerrard goal. However, ten minutes later West Ham defender Paul Konchesky gave his team a 3–2 lead. With the match in injury time, Gerrard equalised from distance to make the score 3–3 and force the game into extra time. No further goals were scored in extra time meaning the match was to be decided by a penalty shoot-out. West Ham missed three of their four penalties while Liverpool converted three of four to win the shoot-out 3–1.  An UEFA Cup spot was awarded to runners-up West Ham.

Watch the full game again if you can