Posted by Sean Whetstone on October 31, 2020 in Videos 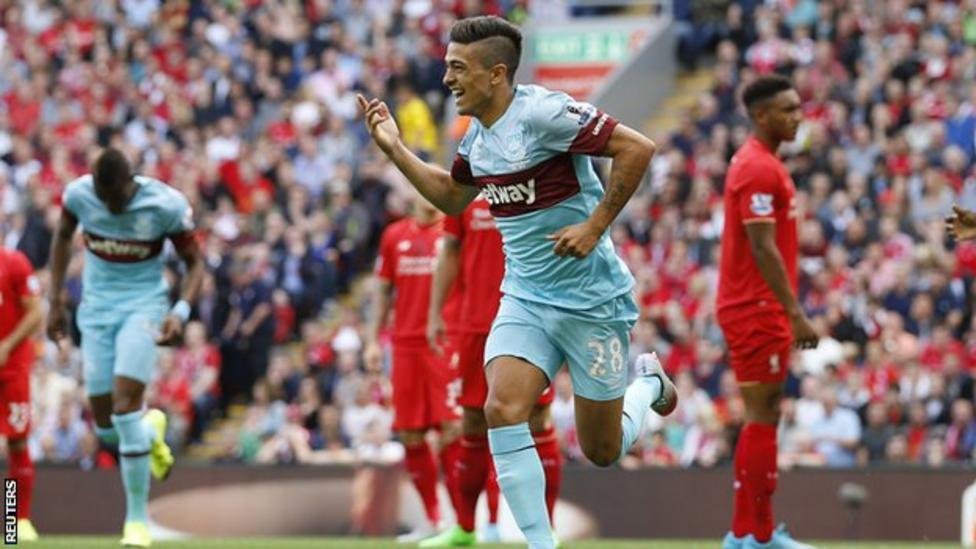 West Ham won their first league match at Anfield since 1963 and inflicted a first loss of the season on Liverpool in 2015!

On that great day in late August five years ago, the Hammers produced a masterclass of counter-attacking football, with Manuel Lanzini impressing on his debut.

He scored the first and set up the second for Mark Noble, who became the second player sent off after Philippe Coutinho was red-carded for Liverpool.

Diafra Sakho added a third for West Ham in injury time. Liverpool’s defence conceded their first goals of the season against West Ham but their calamitous defending should not take away from West Ham’s counter-attacking excellence, particularly in the first half.

A committed and disciplined West Ham back four was protected superbly by the energetic trio of Pedro Obiang, Cheikhou Kouyate and Noble, allowing Dimitri Payet and Lanzini, in particular, the freedom to do damage in the Liverpool half, while Sakho led the line superbly. Lanzini’s debut showcased a willingness to pick up the ball deep and drive forward at pace and also an eagerness to work for the team by closing down opponents to force mistakes – something he did to optimum effect for the second goal.

More of the same today, please!  Come on you irons