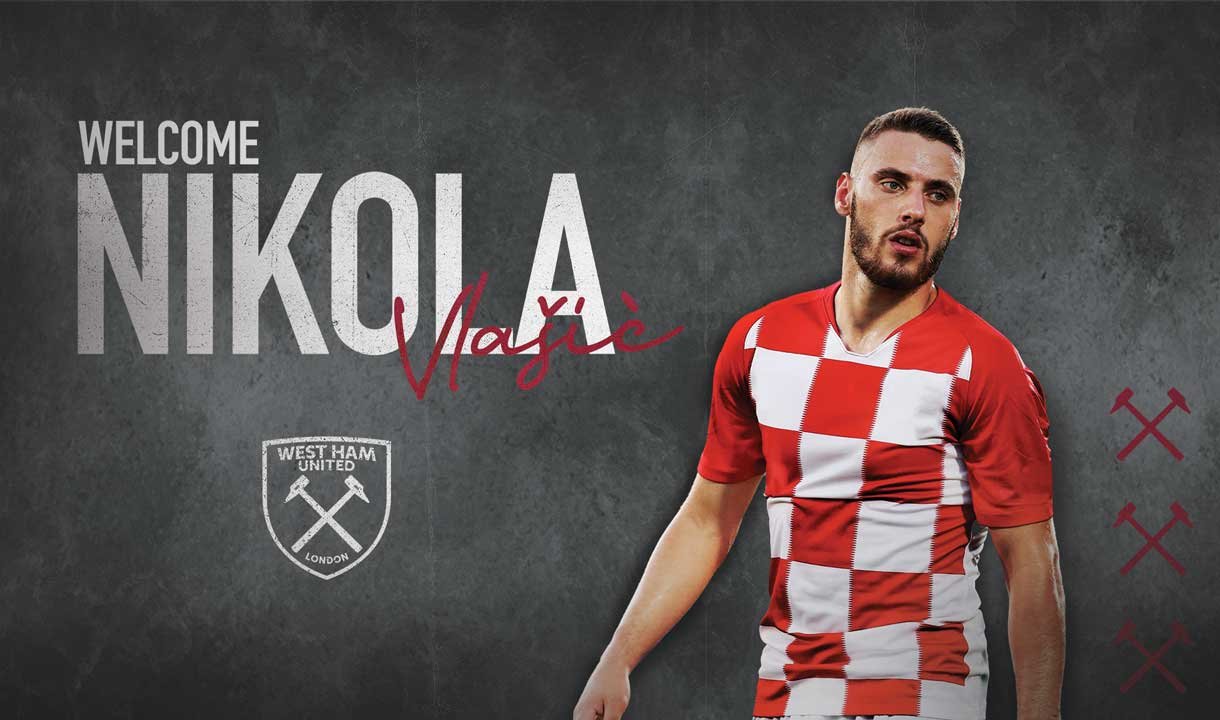 Nikola Vlašić joins the Hammers from Russian club CSKA Moscow having won both the Russian Premier League and Russian Football Union Player of the Year in 2020. He has played 247 Club games so far in his career and scored 48 goals in a variety of competitions.

Vlašić has also represented his native Croatia 26 times already, scoring 6 goals by the age of 23, including a goal against Scotland at UEFA Euro 2020.

Nikola Vlašić’s outstanding talent was spotted at a very early age. The Guardian named the attacker as one of its ‘40 of the best young talents in world football’ in October 2014, when he was just a few weeks past his 17th birthday. The profile of the teenager explained: “Vlašić only turned 17 this month, but you can hardly tell by watching him play. Yes, his technique and movement are impressive, but what really sets Vlašić apart from his peers is his athleticism and stamina… Nikola can play in any attacking position behind the striker.”

Nikola Vlašić made is debut for hometown club Hajduk Split aged just 16 years and 286 days in a UEFA Europa League qualifier with Irish club Dundalk on 17 July 2014. The teenager scored on his debut, making him the club’s youngest-ever scorer in European football. Despite being so young, Vlašić became a first-team regular that season, 2014/15, making 37 appearances, scoring four goals and assisting three more as Hajduk finished third in the Croatian First League.

Nikola Vlašić is not the only talented athlete in his family. His father Joško was the Yugoslav decathlon champion five years in a row from 1979-83 and won a Gold medal at the Mediterranean Games in Casablanca, Morocco in 1983. He later coached his daughter Blanka – named after Casablanca! – to huge success as a high jumper. Blanka (pictured), who is Nikola’s older sister by 15 years, was twice crowned World Champion and World Indoor Champion and won the Silver and Bronze medals at the 2008 and 2016 Olympic Games in Beijing and Rio respectively.

Nikola Vlašić appeared twice for Hajduk Split against Everton in the UEFA Europa League Play-Off round in August 2017 and his performances led to the English Premier League club signing him for a reported £10m fee a week after the second leg – exactly four years ago on 31 August 2017. The teenager would score his first Everton goal in the same tournament against Cypriot side Apollon Limassol on 28 September, and again in the return leg.