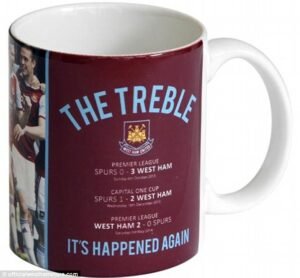 On this day in 2014: West Ham completed a season treble over Spurs with a 2-0 win at the Boleyn Ground

West Ham released a DVD after Tottenham were defeated in a shock 3-0 at home in the Barclays Premier League in October 2013, and it only got worse for Spurs as the season went on much to West Ham fans delight.

Spurs were knocked out of the Capital One Cup at White Hart Lane 2-1 by the Hammers in December 2013 before losing 2-0 at Upton Park in the League in May 2014 to complete the treble.

Enjoy the highlights and goals of the three games below: