Posted by Sean Whetstone on May 3, 2020 in Videos, Whispers 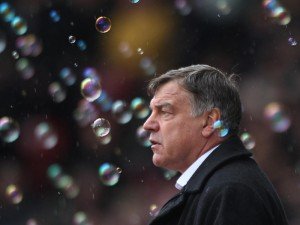 Sam Allardyce was appointed as the club’s new manager on 1 June 2011, after his predecessor Avram Grant was sacked following the club’s relegation with a 3–2 defeat at Wigan Athletic. For the majority of the season West Ham looked on course for automatic promotion, and even briefly topped the division on 1 March, but eventually finished third, after being beaten to automatic promotion by Southampton on the final day of the season, despite a 2–1 win against Hull City. Failure to win a league game in March saw West Ham overtaken by Reading, who defeated the Hammers 4–2 in a key game at Upton Park, and Southampton. and despite a late rally the team had to settle for a play-off place. West Ham’s 13 away wins constituted a club record for any league season.They also recorded the fewest defeats (8) of any team in the Championship this season and had the second best goal difference, but 14 draws saw the club miss out on automatic promotion.

West Ham faced Cardiff City in the semi-finals of the play-offs, with the Hammers comfortably beating the Bluebirds 5–0 on aggregate.West Ham then sealed their promotion back to the Premier League on 19 May 2012, beating Blackpool 2–1 at Wembley with goals from Carlton Cole and Ricardo Vaz Tê. This was West Ham’s first appearance at the national stadium since the 1981 League Cup Final.