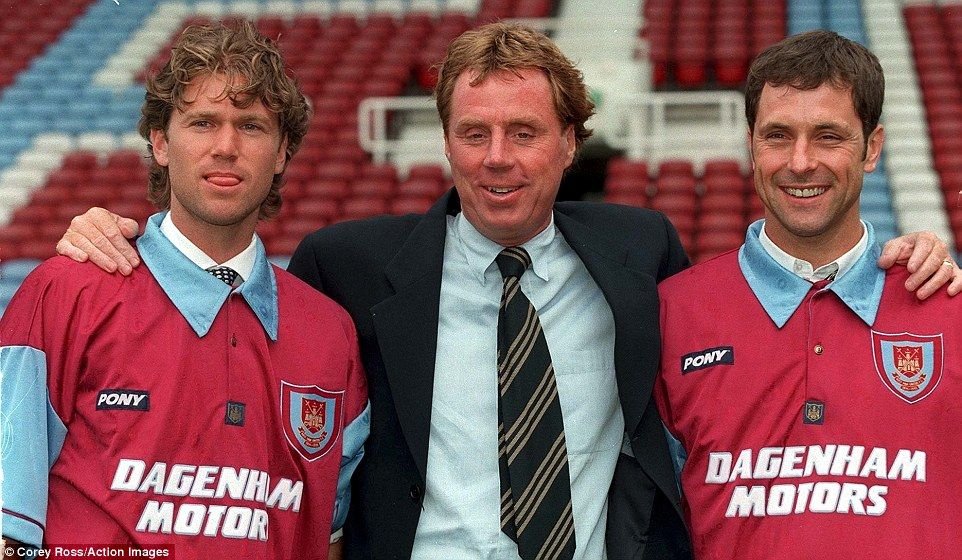 West Ham supporter Robert Banks, author of a number of Hammers book including An Irrational Hatred of Luton has uploaded the 1995/1996 season review to Youtube this week.

The season began with much excitement at Upton Park, as a whole host of foreign signings arrived. However, most of the acquisitions were short-lived and unsuccessful. Romanian striker Florin Răducioiu walked out in mid-season after scoring just two goals and Portuguese winger Paulo Futre played just nine games for the club before giving in to a knee injury and announcing his retirement in November.

It was a season of struggle for Harry Redknapp’s team, but in the end a new wave of players helped to keep West Ham in the Premiership. Exciting young defender Rio Ferdinand broke into the side, while newly signed strikers Paul Kitson and John Hartson gave the attack the boost that Răducioiu and Futre had failed to deliver.

With survival confirmed by the final day of the season, there was now talk of pushing for a UEFA Cup place in the following campaign