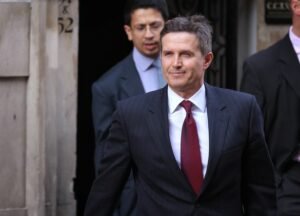 And League Managers Association chief executive Richard Bevan insisted on Wednesday that the season could be cancelled if the plan is not backed.

Purslow has insisted that taking away home advantage would punish clubs such as Villa. “Personally I’m against it,” he said on Talksport. “We’re a club that prides itself on home form. Two-thirds of our wins this season have come at home.

“We’ve got six home games left to play and I think any Villa fan would agree that giving up that advantage is a massive decision for somebody running Aston Villa and I certainly wouldn’t agree to that unless those circumstances are right.”

Purslow said discussions around Project Restart are hugely complicated saying there is no clear answer on how to do it.

“At the bottom end of the table there’s a much smaller revenue base, but the risk of relegation is probably a £200m catastrophe for any club that mathematically could still go down,” he said.

“When you say to any club, ‘We want you to agree to a bunch of rule changes that may make it more likely that you get relegated’, they’re not thinking about TV money, they’re thinking, ‘My goodness, am I going to agree to something that results in me being relegated and losing £200m?'”

A vote is due to take place on Monday on proposals for a return to football.

And the neutral stadium proposal needs 14 out of the 20 clubs to vote in favour for it to be adopted.

LMA chief Beven was asked on BBC Radio 4’s Today programme if he thought that voting against the measures could result in the season being cancelled.

“Yes, I think that probably is correct,” he said. “The government, if they haven’t already, will be making it clear that home matches with densely populated stadia, really puts into question whether social distancing rules can be adhered to.”

Bevan, meanwhile, also said there was no suggestion players or managers were being coerced into a restart.

“Hopefully, there will be solutions that create this safe environment,” he said. “In the meantime, we’re staying very open-minded and as always the managers take their responsibility to the game very seriously on all these issues.”