Posted by Dave Langton on November 21, 2021 in News, Whispers

Nikola Vlasic has told his West Ham team-mates that they simply must bounce back quickly if they are to continue to challenge for European football, per the club’s official website.

The Hammers were disappointing in their 1-0 loss to Wolves on Saturday, a result which put a dent in the club’s hopes of finishing in the top four. 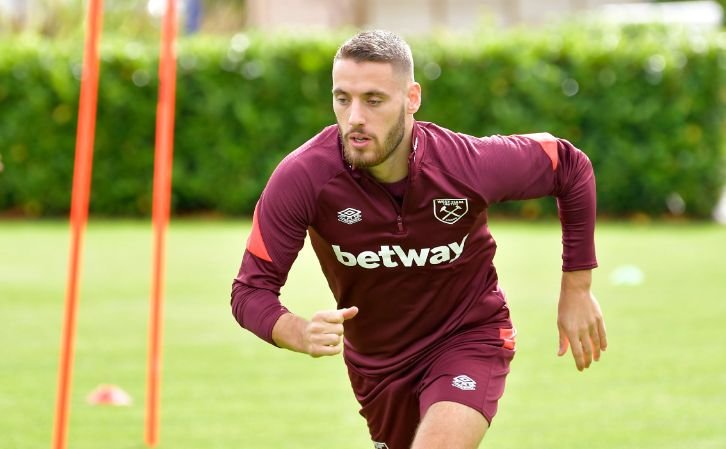 Manchester City can move three points clear of the Irons with a win over Everton on Sunday, but Vlasic maintains that the Irons simply have to keep looking forward if they are have any degree of success this season.

Speaking after the defeat at Molineux, the Croatia international said: “This is our 12th game of the season in the Premier League, so there is a long way to go, but we know our quality and people are starting to recognise how good West Ham are, so we just need to bounce back like I said.”

Vlasic also struggled to put his finger on exactly why the Irons struggled against Bruno Lage’s side, but he felt that the game simply did not go the way of Moyes’ men.

He added: “It’s disappointing because it was a hard game and Wolves played very well today and created a lot of chances.

“We weren’t at our level like we are used to so we need to bounce back quickly and now we need to continue as we were before we started this game. We need to forget this quickly and move on.

“I don’t know really [what went wrong for us in the middle third of the game], but Wolves played very good, like I said, and we need to give credit to them. They controlled the ball, they created chances and we didn’t.

“We had opportunities in the first ten minutes and a few half-chances in the last ten minutes, but we didn’t score, so I think today was not our day.”

The Hammers will aim to bounce back against Rapid Wien in the Europa League on Thursday before next weekend’s huge clash with Manchester City.