Walk-out Carroll and Moyes have a little chat! 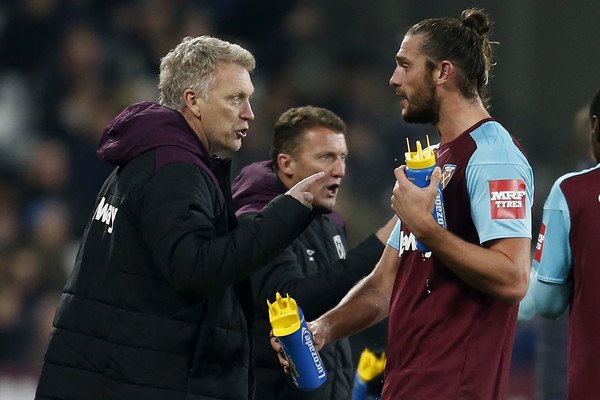 David Moyes and Andy Carroll are understood to have had a confrontation at Rush Green this morning following the striker’s bench walk out during the Manchester City game.

We understand that rumours the Geordie quit the game at 3-1 are accurate and that as promised during a Sky interview yesterday the manager has made his feelings known in no uncertain manner.

ClaretandHugh was told of the face-off by separate sources and that Carroll is now  likely to face club disciplinary action as a result.

He  was seen on TV streams showing his frustration via some very mobile facial movements before Sky’s interviewer  put it on Moyes in the post match interview that he’d walked out.

Today we were told by training ground sources that there were fierce and very loud words heard between the two and that it was probably  as a result of the reaction Carroll had shown after not being used during the game.

Moyes told Sky he would deal with the issue if it proved to be true and what he needed was for everybody on the squad to pull together.

2 comments on “Walk-out Carroll and Moyes have a little chat!”