Was next level football just a pipe dream?

Posted by Sean Whetstone on April 2, 2019 in Sean's Blogs, Whispers 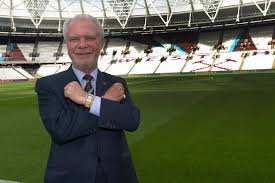 In 2017 I asked West Ham Joint-Chairman David Gold to define the next level of football promised at the London Stadium.

Speaking to me on Moore Than Just A Podcast he told me: “To me it is growth, to me, it is forever improving, we are going forward and the best and easy way to do that is to say where did we finish up in the league or did we win or how far did we get in the cup. What we mean by the next level is that we want to be challenging at the highest level, nobody knows where that is, it is a moving item, we want to do better, we want to challenge at the highest level. West Ham United has been the fourth largest football club in London and it has been like that since I was a boy, go back 50 years, I remember when we had a lengthy period in the fifties in the old second division, Chelsea, Arsenal, Spurs, they were much bigger clubs than us, they were all in the so-called first division which is now the Premier League.” 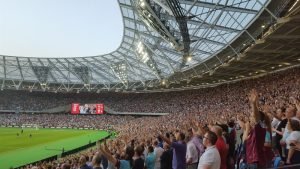 In reality, we have gone backwards in terms of revenue and success on the pitch since the move.

In our last season at the Boleyn Ground, we finished seventh in the Premier League qualifying for the Europa League and were knocked out of the FA Cup quarter-final by Manchester United in a replay. 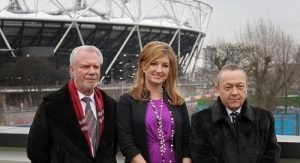 In our first season in London Stadium, we finished 11th in the Premier League and were dumped off 5-0 in the FA Cup third round at home to Manchester City.

Last season was another backwards step finishing 13th place in the Premier League and was dumped out of the fourth round of the FA Cup by Wigan. 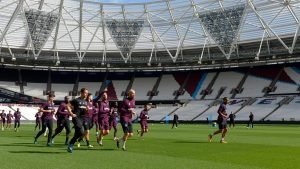 fourth round by AFC Wimbledon.

When compared to our last season at the Boleyn Ground it doesn’t feel like the promised land of next level for West Ham at the London Stadium.

Revenue also reduced last season by over £8m from the previous season mostly because from a lower league position and  £2m less in ticket sales than our last season at the Boleyn Ground.

It all seems like a pipe dream now and perhaps should manage our expectations that that top six football place is out of reach.

12 comments on “Was next level football just a pipe dream?”