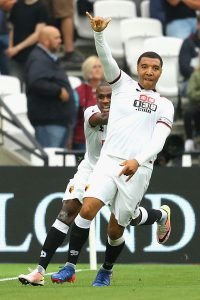 Watford are likely to be without three key players this weekend as they face West Ham.

On Thursday afternoon the club announced that Troy Deeney will be out of action for at least two months after undergoing a knee operation, but head coach Javi Gracia has also since revealed that both Abdoulaye Doucoure and Roberto Pereyra have not trained with the team since last weekend’s defeat to Everton and are unlikely to be involved this weekend, unless they can pass late fitness tests.