Welcome to the Boleyn fortress Spurs 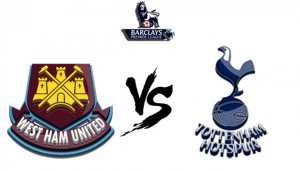 David Gold believes that the Hammers can beat Spurs tomorrow evening as more and more players return to full fitness.

The game will come just in time for Andy Carroll and Manuel Lanzini who have both had decent run-outs over the last two games and should be 100 per cent for the arrival of Spurs.

And DG believes that with the team now unbeaten in 11 games, Spurs will have a very tough time as they arrive looking to build on their title hopes.

He said: “The gap between us and them has never been narrower and we are looking for a big win this week. They won’t be relishing a game under the Upton Park lights on a Wednesday evening in February. They don’t need that.

They have shown themselves to be a very good team this season and we were far from our best when we went to White Hart Lane so there’s that to be put right.

“I’ve said many times this season that we don’t go anywhere in hope anymore, only expectation. I think we can beat anyone on our day and our greatest wins this season have been against the best teams on big occasions.

“There’s not many bigger than Spurs in their present situation and we’d love to derail them – I think we can.”

2 comments on “Welcome to the Boleyn fortress Spurs”