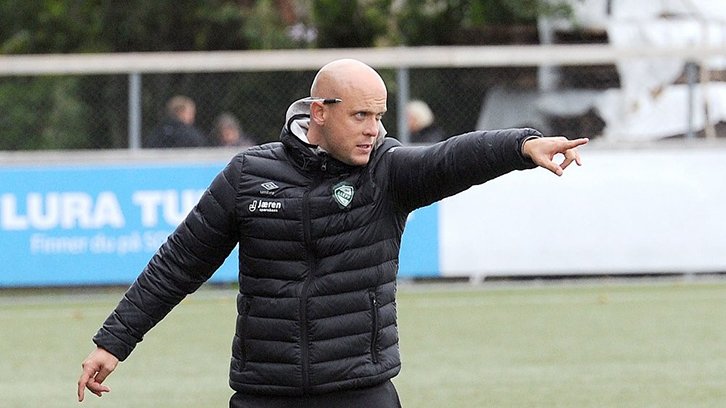 West Ham have confirmed the appointment of Olli Harder as the women’s team’s new manager.

The New Zealand-born Harder arrives in East London boasting an impressive CV cultivated at clubs around the world, with high-level coaching experience in the UK, China, USA, New Zealand and Norway.

The 34-year-old has signed an initial two-and-a-half-year deal with the Club and arrives fresh from successful roles as Head of Football Development & First Team Coach at Klepp IL and Assistant Manager at Sandnes Ulf in Norway.

West Ham United Women’s Managing Director, Jack Sullivan, said: “I’d like to welcome Olli to West Ham United and everyone here is very excited about his appointment. We had a huge number of incredibly strong candidates for this role, but Olli stood out predominantly due to his progressive coaching style and exceptional attention to detail, which is backed by strong experience and achievements in the women’s game.

“I’m confident Olli will ensure a work ethic and an organisation from the team to accompany his track record of giving young players a chance which aligns with the club’s values. He has lots of new ideas that we are looking forward to implement, and I can’t wait to work with Olli, who I believe will help us to continue the positive progress we have made in the WSL so far.”

Olli Harder told WHUFC.com: “I’m looking forward to the opportunity of not only working with such a historic club but, more importantly, a club that has committed itself to the development and progression of the women’s game.

“I’m relishing the challenge of moving forward the West Ham United women’s team into what will no doubt be a bright future.’’

It was at Klepp where Harder achieved his greatest success, transforming the club’s standing in Toppserien, the top level of Norwegian Women’s football.

Relegation candidates in 2016, Harder’s leadership saw Klepp secure their first top-four finish in over two decades, completing the 2017 season in fourth place and following this up with second-placed and third-placed finishes in 2018 and 2019 respectively. In recognition of his achievements, he received nominations for Norwegian Coach of the Year in both the 2017 and 2018 seasons.

Harder also led the development of Klepp IL’s junior players, helping them to secure three U19 NM gold medals in four seasons, while pushing them on to represent Norway internationally across every age group.

Harder himself has also represented Norway at international level, serving a term as the assistant coach for the National U23s in 2018.

Fluent in English, Norwegian and German, his previous roles upon graduating from the Unitec Institute of Technology in Auckland have also included spells coaching youth teams in New Zealand, New Jersey, Beijing and Connecticut.

In 2020, Harder has served as Assistant Manager at Sandnes Ulf, the Rogaland-based outfit who finished seventh in OBOS-Ligaen, the second-highest tier of men’s football in Norway.

He will now embark on an exciting new challenge in east London in the new year as we look to push up the WSL table, with his first match in charge set to be a trip to the City Football Academy to take on Manchester City on Saturday 9 January 2021.

West Ham have also confirmed the current backroom staff will remain at the Club and support Olli as we head into this new exciting era.

Claret and Hugh understand that former Hammer Jack Collison had two interviews for the role but it was thought that the ladies needed someone with women’s football experience for the role.