West Ham supporters attending this weekend’s Premier League match with Liverpool will receive a specially-commissioned commemorative t-shirt, in honour of Bobby Moore, provided by the Club. Saturday 24 February 2018 will mark 25 years since the tragic passing of Mooro, with West Ham’s greatest son passing away after a brave battle with bowel cancer aged just 51.

As part of the club’s tribute to the late, great Bobby Moore, West Ham will provide the 3,000 travelling Hammers fans at Anfield with a t-shirt donning the image of the iconic defender, along with the words ’25 years gone, never forgotten’. 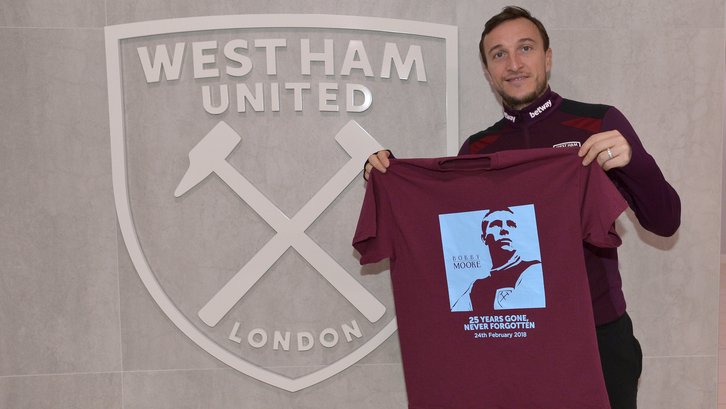