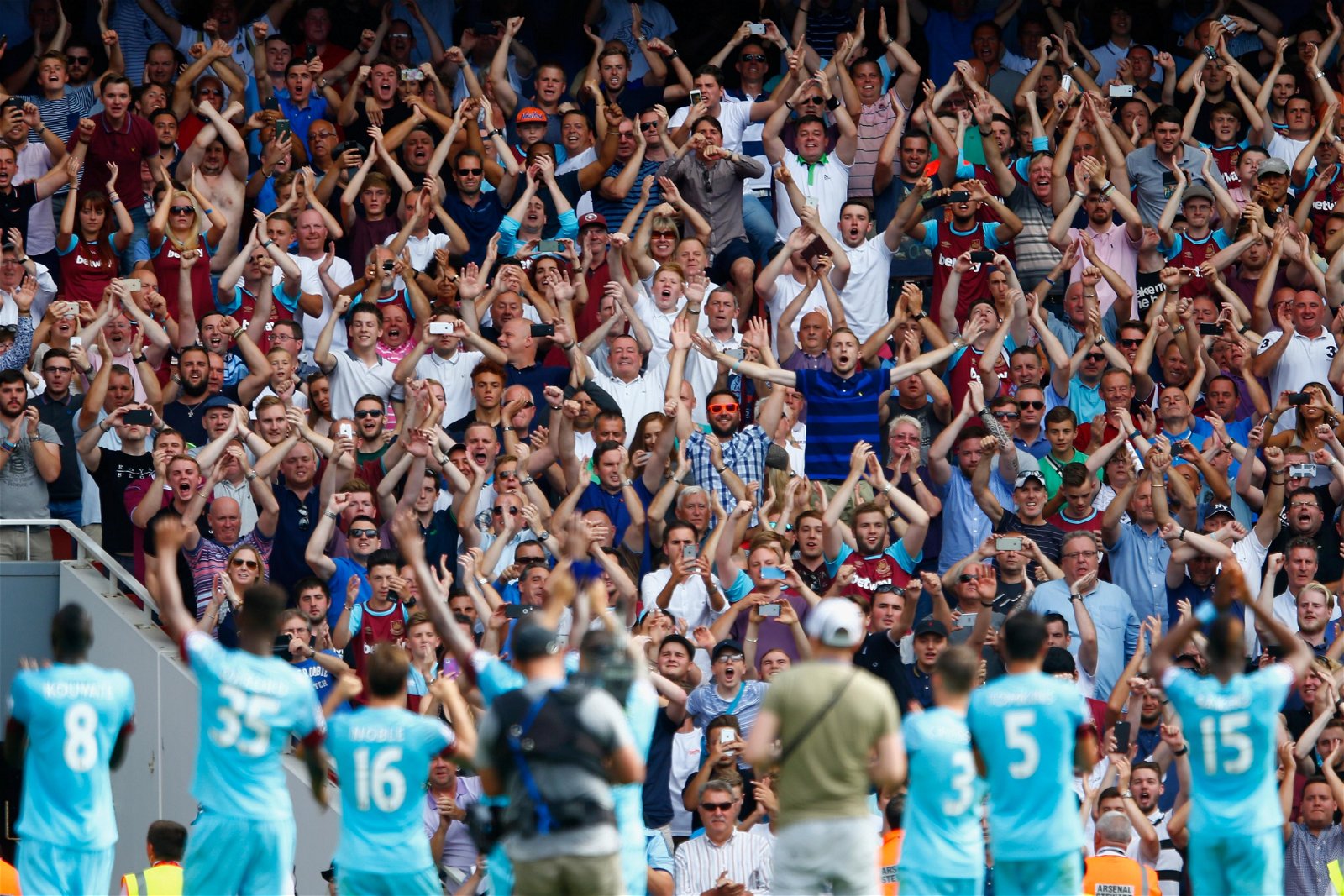 Plans to restrict away followings at Premier League football matches to 1,000 fans and only admit those people who live near the ground have won the backing of supporter groups.

The Premier League is currently in discussion with government about bringing 10,000 supporters back into top tier stadiums before the end of the season.

One of the issues officials are wrestling with is whether to allow away fans, and if so, how to manage the increased risk associated with people potentially travelling large distances.

One possible solution being mooted is to allow 1,000 away fans, but only sell tickets to those supporters who live in postcode areas close to the stadium where their club is playing. Hammers fans based in the midlands would benefit from this concept.

Start supporting Claret and Hugh today Claret & Hugh’s team of creators work with passion and pride to bring you the quality of content that keeps you coming back for more. Support for our creators, however big or small, will help us keep your Hammers content fresh, frequent and loyal to the club. £5 per month £10 per month £20 per month £50 per year
The Football Supporters’ Association, which represents fan groups across the country, are in favour.

‘Almost the entire football season has been played behind-closed-doors and it’s proven what everyone knew to be true – football without fans in the grounds just isn’t the same,’ Kevin Miles, the FSA chief executive, told the Daily Mail

‘So, we’d welcome measures this season which would, safely and in line with any government rules, help home and away fans get back into grounds for the final rounds of fixtures.

2 comments on “West Ham away fans could attend Baggies game”