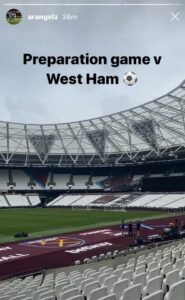 QPR player Àngel Rangel posted a video on social media inside the London Stadium around 11 am this morning.

Several Social media sources claim West Ham were the 4-1 victors from the practice match but West Ham not actively publicising the result officially Claret and Hugh have learnt.  The scorers are not known and it remains to be seen whether footage or details will ever be released although photos will be published.

David Moyes sees these friendlies as private matters and doesn’t want to reveal too much to Premier League rivals with regards to the formation or possible lineup before he faces Wolves at the London Stadium on Saturday 20th June.

While some clubs have released full-time results, scorers and even video of these training games there is a feeling by many that the friendly results are meaningless and nothing to boast about particularly

QPR published an article on their club website saying:

Hosted at the London Stadium, manager Mark Warburton was able to get important minutes into the legs of 23 of his players, and he was pleased with the way they applied themselves against Premier League opposition.

“Everything is geared towards the 20th,” he told www.qpr.co.uk. “This was the first proper game for us and I was really pleased; pleased with the fitness levels, the application and the quality that we showed at times. It was a really good workout.

“The boys showed a real desire and moved the ball well against a very good opposition. We showed quality all over the park and, as a squad, the whole afternoon was a good exercise for us. A lot of credit has to go to the players for the way they applied themselves.”

In those latter periods of the game, Warburton handed opportunities to a number of the club’s younger players, many of whom have impressed in the club’s U23s set-up this season.

The manager said: “This is a fantastic opportunity for them. It is never a token gesture – you never just bring on a young player to tick a box. They have worked hard to be here, young Faysal [Bettache], Joe [Gubbins] and all of the others. They got some good pitch time and they did themselves proud. They all got onto the ball, they didn’t worry about mistakes and showed their quality. They know that this is a tight squad and we have nine games in a tight period. There is a real chance for them here and if they need to be ready to take it.” 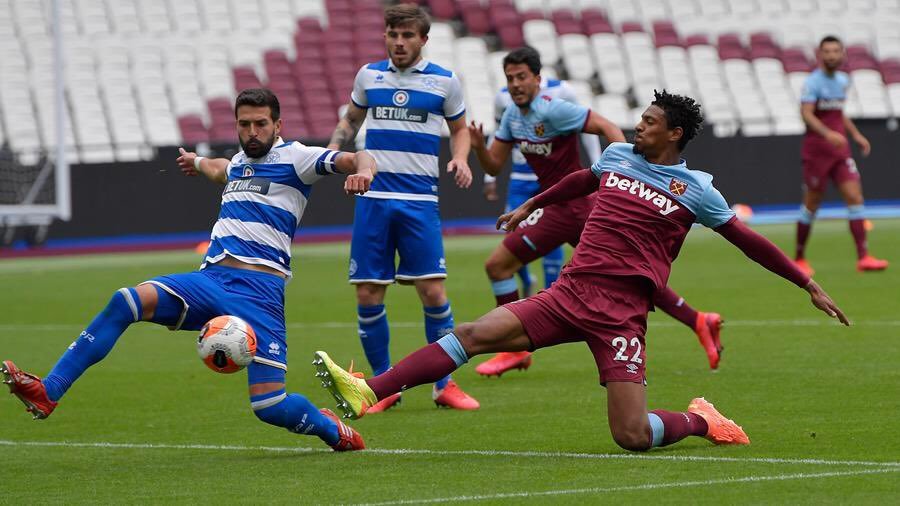