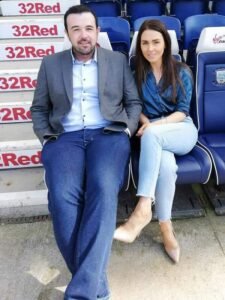 The entire first-team squad from West Ham have now donated signed boots to Boot the Virus campaign to raise money for NHS Charities.

100% of the money received goes to the  NHS the football fan charity confirmed with £41,947 currently raised so far.

West Ham Executive Director of Communications Ben Campbell and his media team were instrumental in getting the Hammers squad involved.

The Charity was founded by Lifelong Preston North End supporter Kenny Marland and his partner Joanne Dalton who created the campaign to unite the football community across the UK in a bid to raise funds for the incredible NHS heroes. The initiative is simple, they are asking for professional footballers to donate a pair of signed matchday boots which will then be auctioned online with all of the funds raised going directly to the NHS.

You can bid for West Ham signed boot at the LIVE auction at https://www.bootthevirus.com/premier-league-teams/west-ham-united