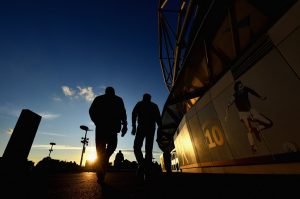 West Ham has called an emergency meeting of the Supporters’ Advisory Board before the next game against Southampton.

The club wrote to members of the advisory board this week saying “Following the events that marred last Saturday’s match with Burnley, we would like to invite you to an Emergency Supporter Advisory Board meeting to be held on Monday 26 March between 6pm-8pm at the London Stadium.After a number of meetings with London Stadium stakeholders, we feel it is important to consult with you as the representative forum for West Ham United supporters. Our absolute priority at home matches is the safety and security of our supporters and your feedback and co-operation is crucial in ensuring we can provide you with a positive matchday experience at our next home match against Southampton on 31 March and for the remaining matches of the season.”

The latest unofficial minutes from February’s meeting can be found at WHUISA’s website at https://whuisa.org/news/2018/3/15/san-28th-feb-whuisa-minutes

The club’s official information for the SAB can be found at  http://www.whufc.com/fans/supporter-advisory-board