For the first time in the Premier League era, West Ham United enter the final cluster of games this season with a realistic chance of finishing inside the top four. Doing so would, in theory at least, guarantee the club a place in next season’s Champions League – for what would be their debut campaign in the competition.

With the Irons on the brick on making history, we assess what they need to do to get there and just who could stand in their way.

West Ham’s form this season has been nothing short of incredible. Under the management of David Moyes, the East London side is well in the fight for a top-four spot in the 2020/21 Premier league table. However, as we will go on to highlight, if West Ham are to qualify for the Champions League, several hurdles will first have to be cleared.

Firstly, it’s important to recognise that a top-four finish doesn’t automatically qualify you for the Champions League group stages next season.

On the contrary, as there is a scenario in which only the Premier League’s top three clubs can qualify. This is chiefly due to Arsenal’s continued progression in the Europa League, as the North London side are currently preparing to face off against Villareal in the semi-final of the competition. 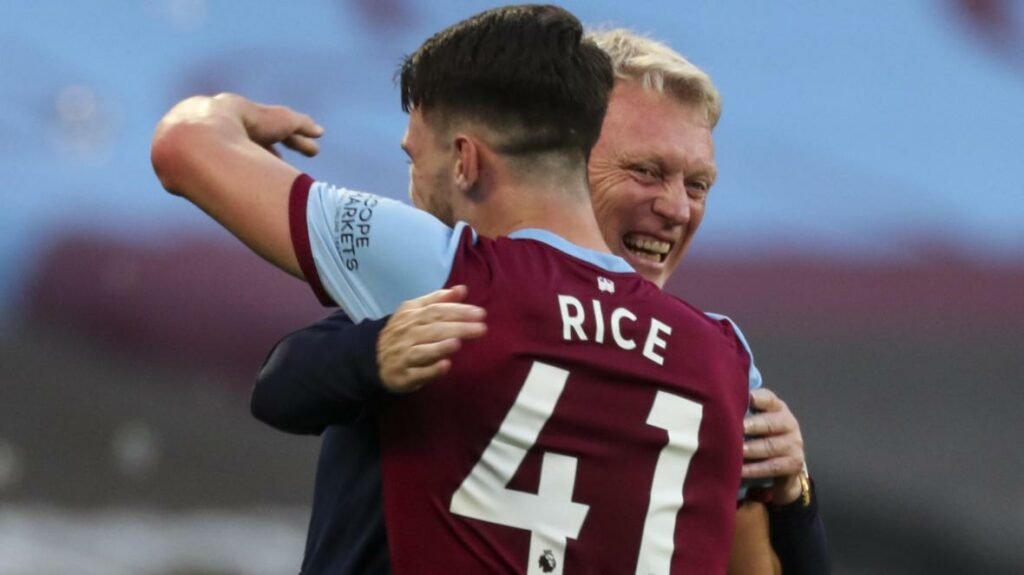 The winner of the Europa League is granted automatic qualification to the following season’s Champions League groups stages – thereby receiving all of the associated riches that come with that.

Simply put, this means that if Arsenal do go all the way and win this year’s Europa League title, they will take the spot normally reserved for the team which finishes fourth in the Premier League. Find out more about this seasons Europa League, as well as all the breaking sports news from around the globe here.

This outcome would be a cruel twist of fate for Hammers fans, who have waited so long for a side to come along that was capable of reaching such lofty heights in the Premier League.

Nevertheless, if West Ham can pip Leicester City to third place in the remaining games, they will be assured of a spot in the Champions League group stages next season – regardless of what Arsenal can produce in the sister competition.

City could give the Hammers a helping hand

Contrastingly, there is also the possibility that five English teams will successfully qualify for the 2021/22 Champions League.

In the eventuality that Manchester City win both the Premier League, and this season’s Champions League trophy, their spot would be passed down to whichever team finished 5th in the domestic table.

This is because City’s place in the followings year’s competition would be sealed simply by virtue of being the defending champions.

In theory at least, if City do achieve a historic domestic and European double, West Ham could be the lucky beneficiaries if they do end up finishing just outside the top four in the Premier League table.

There can be a maximum of five Premier League clubs in the UCL next season, with the same going for other major European leagues (such as the Bundesliga, Serie A and La Liga).

The potential permutations are enough to give West Ham fans a massive headache, as the season will certainly produce plenty more twists and turns in the handful of matches left.

But West Ham simply needs to concentrate on doing their bit to make certain that they are in the mix come what may.

This is where further difficulties are introduced, as the Hammers don’t have an especially easy Premier League run-in.

There’s a challenging trip to Turf Moor, where Burnley will be the opponents. Although the Lancashire club has very nearly secured Premier League survival for another season, Sean Dyche’s side certainly won’t relent or offer West Ham an easy afternoon’s work.

The following match sees the Hammers face off against another club with European ambitions, in the form of Everton. Carlo Ancelotti’s men are in the driving seat for Europa League qualification and will therefore have plenty left to play for.

Far from being a dead rubber, the May 9th clash with the Toffees could have dramatic permutations for both clubs.

West Ham’s final three games of the season will see them take on clubs in and around the bottom of the Premier League table.

While all three fixtures have an element of danger for the East Londoners, there is a realistic chance that none of their future opponents will have anything of note to play for by the time of these matches.

Both Brighton and, more crucially, Southampton (who West Ham face on the final day of the season) are already on the cusp of securing Premier League survival. The remaining opponent, West Bromwich Albion, are likely to have already been relegated from the Premier League by the time they play West Ham on the 15th May – as the West Midlands outfit are nine points from safety at the time of writing.

Summary – can West Ham do it?

All in all, there is still a very real chance that West Ham could sneak into next year’s Champions League group stages for the first time since the competition’s formation.

After what has been one of the strangest and most memorable Premier League seasons of all time, it would be very apt for the Hammers – under the often-overlooked David Moyes – to barge their way into the top four ahead of European heavyweights like Liverpool and Chelsea.

The task at hand certainly won’t be easy, as the Irons may yet have to finish third if Arsenal goes all the way in this season’s Europa League.

But the reward for doing so would be well beyond anything West Ham have experienced as a club in the Premier League era. It’s do or die for the Londoners, who have a once in a generation opportunity to do something truly incredible.