West Ham could bid for Juventus left back

Posted by Sean Whetstone on October 6, 2017 in News, Whispers 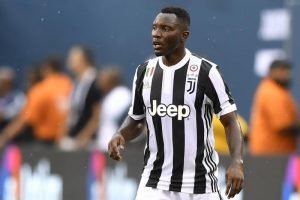 The Hammers could make a move Kwadwo Asamoah in January if he refuses to sign a new contract with Juventus. The 28-year-old has one year left on his current contract.

According to Calciomercato West Ham are ready to put in a bid for the Ghanaian but will face competition from Galatasaray who are readying a £3.35m bid for Asamoah.

Asamoah has been with Juventus since 2012, but has struggled with injury which has limited his game time, and he even asked to be excused from international duty after the 2014 World Cup to concentrate on his club career.

The player has the ability to play at left-back or in central midfield making 24 appearances in 2016/17 for Juventus as they won a sixth successive Scudetto and the Coppa Italia.

The Italian champions risk losing the Ghanaian for free next summer if they fail to tie him down.

Manager Massimiliano Allegri likes Asamoah, who has made 100 appearances for Juventus.

2 comments on “West Ham could bid for Juventus left back”