West Ham games could be shown on YouTube for free 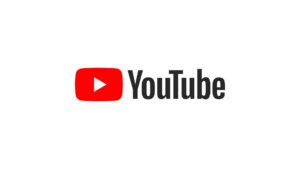 Premier League games could be set to be shown on YouTube for FREE when the season restarts it has been claimed.

Under a proposal currently being discussed, all the remaining 92 matches are to be broadcast on Sky Sports, BT Sport and YouTube.

The plan is to complete the current season in just seven weeks.

But with games set to be played behind closed doors and without fans, football chiefs want fans to be able to watch EVERY game live.

Under the plans, most games will be shown on Sky Sports and BT Sport, who hold the bulk of the existing broadcasting rights.

But with no games set to be shown live on terrestrial television, YouTube is being discussed as a free-to-air option, according to The Sun.

The last time the Premier League showed matches for free was on the opening day of the 2013-14 season.  That day, Sky Sports screened Manchester United against Swansea, while Crystal Palace vs Arsenal was shown on BT Sport for free.

Premier League clubs want to resume training on May 12th and play the first round of matches on June 12th.

With games to be played behind closed doors due to the long-term suspension of mass gatherings, no two matches will be played simultaneously in order to allow maximum TV coverage. Of the 92 games left this season, Sky Sports has 39 matches left to air and BT Sport eight under the current deal.

With supporters hitting the sixty-day mark of no football they will eager to understand how they will get their fix.

Sky and BT will be reluctant to allow their 47 contracted games to be shown for free especially when so many supporters have suspended their football TV subscription.

The remaining 45 games are therefore up for grabs but it remains to be seen whether the Premier League would just give these up or sell them to the highest bidder.

Sky and BT have already declared an interest to show more games when football resumes but supporters access must be taken into account. Streaming services Netflix and Amazon could also throw their hat into the ring.

The Premier League and clubs are likely to come under pressure to give season ticket holders free access to all remaining games without the need to sign up to new TV subscriptions.