Posted by Sean Whetstone on December 12, 2020 in News, Whispers 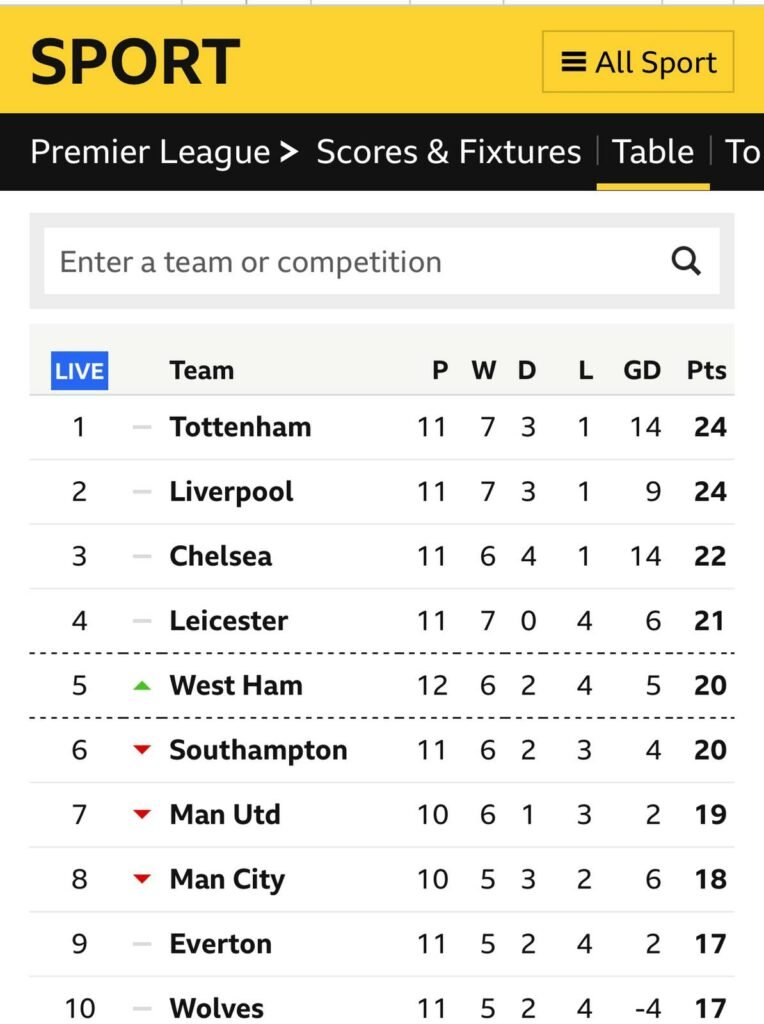 West Ham jumped up to fifth place in the Premier League table after yesterday’s 2-1 away win over Leeds United with 20 points and a goal difference of plus five.

Up to four teams can jump above the Hammers this weekend and these are the games to keep an eye on.

First up us Wolves v Aston Villa at lunchtime today but at three points behind and a goal difference of minus four they would need to Villa by ten goals to go above us.

The Manchester derby is next up early Saturday evening, a win for either of the sides would out City or United above us but a draw would keep both clubs below us.

The late evening game features Everton v Chelsea, for the Toffees to go above us they would need to beat Chelsea by four goals or more because of their inferior goal difference.

Possibly the biggest threat comes from Southampton who plays on Sunday and faces Sheffield United. The Saints are on the same points as the Hammers and a draw or a win s enough for them to leapfrog us.