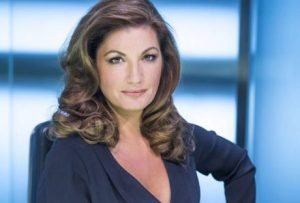 West Ham Vice-Chairman Karren Brady and Executive director of Marketing and Communications Tara Warren met with representatives of West Ham Groups United yesterday in a marathon meeting which is reported to have lasted over four hours.

Nik Tucker from Crossed Hammers who was one of those who attended said on social media. “Well, I’m on my way home after 4 hours sat West ham along Real West Ham Fans Action Group, West Ham Fan TV, Hammers Chat, KUMB, WHUSIA and Irons group in a meeting with Brady, no Sullivan no Gold!! I’ve left with the impression those who have met with them before have heard it all before!! The badge was discussed and noted! History/Museum was discussed and noted!! Transfers were passed over as the chairs were not present!! Stewards addressed and noted!!! TBH I will be marching”

“Following today’s meeting which David Gold and David Sullivan failed to attend, we put various points across to Karren Brady. We are awaiting the clubs response. However, we feel as group committees we must still march as planned on the 10th March. Sorry we have to cancel tomorrow’s meeting at the working mans club as there’s nothing for us to discuss, as you’ve seen the club will put a plan together but we think it’s too late to execute in time. Let’s hope after the 10th March the club will work with us”

Graeme Howlett from KUMB.com who was also at the meeting added today on Twitter “To clarify, there will be a brief synopsis of the main points from yesterday’s meeting with Board members Karren Brady and Tara Warren posted on the KUMB Forum later today.”