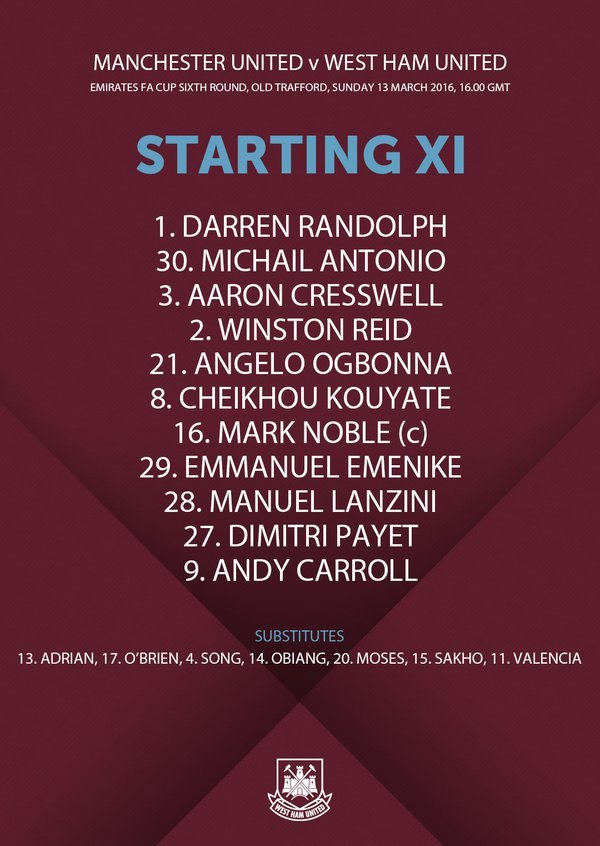 So Everton and Crystal Palace have already booked their Wembley FA Cup Semi-Final places and now Watford seem set to book the third semi final place being 2-0 Nil up against Arsenal as the West Ham team is announced an hour before kick off.