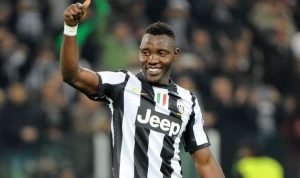 The 28-year-old, whose contract with Juve runs out in 2018, has made 23 appearances in all competitions for the Italian champions this season, creating two goals. Asamoah has been linked with a move away from Juventus this summer, with Turkish giants Galatasaray said to be interested.

And now, according to Calciomercato, the Ghana international is also wanted by Premier League duo West Ham and Southampton. However, this is not the first time English clubs have come calling, with Chelsea linked with a move for the midfielder earlier this season.

However, like previous stories in the last week, a club insider repeated to Claret and Hugh that the priorities remain the signing of one or more strikers for the Hammers and that midfielders are not currently part of the summer transfer strategy as it stands.