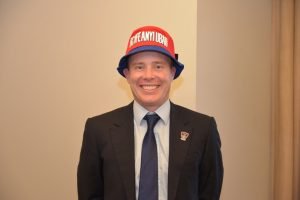 Kinnear is due to leave West Ham in June, where he had been managing director, and presided over the club’s move from the Boleyn Ground to the London Stadium.

The move comes in the same week as Andrea Radrizzani’s takeover of the Championship club.

“Angus has an excellent track record at Arsenal and West Ham and I am sure he will contribute a great deal to the club,” Radrizzani said.

Kinnear was with the Hammers for three years and spent the previous decade at Arsenal as their director of marketing, sales and partnerships overseeing some elements of the move from Highbury to the Emirates.

Outgoing Leeds chief executive Ben Mansford steps down on 31st May, with Kinnear taking up his new role on 8th June. Leeds are looking for a new first-team manager after Garry Monk’s resignation on Thursday.