West Ham may have found the new Rio 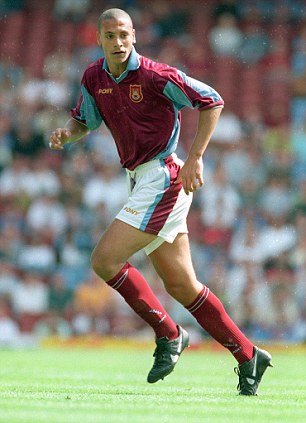 Jamal Baptiste looks set to emulate Rio Ferdinand by making a Hammers debut at the age pf 18 should he be called up for the match against Dinamo Zagreb on Thursday night.

His former academy chief Terry Westley told CandH tonight that he believes the boy may well get his chance.

And that will see him following in Ferdinand’s footprints and there are those who have seen him who believe he is indeed the new Rio such is his power, positioning and strength on the ball.

With injuries to Angelo Ogbonna and Kurt Zouma the possibility looks likely to become the reality.

On 5 May 1996, the 18 year old Rio made his senior team debut for West Ham, as he came on as a 70th minute substitute for Tony Cottee in the Hammers last game of the season, a 1–1 home draw against Sheffield Wednesday at Upton Park.

Originally scouted by Frank Lampard senior, Ferdinand progressed through the youth-team ranks, earning a professional contract and a place in the first-team squad in the process.

The next season 1997–98  Ferdinand played 40 games in all competition and won the Hammer of the Year award at the young age of 19.

Age doesn’t matter, if he has the ability and the confidence he could hold down a first team place if he shows what he can do.

5 comments on “West Ham may have found the new Rio”