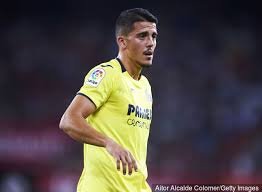 West Ham have completed a deal with Villareal for 23-year-old midfielder Pablo Fornals Claret and Hugh have been told this afternoon.

Multiple sources in Spain and England have now confirmed that the two clubs have come to an agreement for around £24m and that an announcement could happen in the next 48 hours.

Aston Villa is understood to have come in late with interest for the player causing West Ham to accelerate their deal with the Spanish club to get it over the line.

Claret and Hugh understand the player is yet to sign his contract but that could be a formality. Fornals scored just five goals and provided six assists in all competitions in 48 appearances last season as Villareal struggled.

West Ham cooled their interest in Celta Vigo midfielder Stanislav Lobotka and switched their attentions to Pablo Fornals who worked under Manuel Pellegrini and Mario Hussilos while at Malaga in their youth setup.