Even the most diehard Hammers fans would have struggled to envisage the season West Ham have had with Champions League qualification still a possibility this late in the season.

The final few rounds of the domestic season will shape the summer ahead in terms of transfer business. Nevertheless, there are a set of targets the West Ham recruitment team should be taking a close look at, no matter what happens.

Lukasz Fabianski has been a fantastic servant since joining West Ham from relegated Swansea back in 2018. However, the Polish international turns 36 before the season is out and West Ham will want a long-term option sooner rather than later.

Twenty year-old Illan Meslier has had a top-class first campaign with Leeds and would certainly represent a long-term option. The Frenchman has displayed maturity beyond his years and has proven to be one of the league’s most impressive shot-stoppers. He won’t come cheap, but his acquisition would be a long-term investment and the football betting odds for this move to get over the line would be incredibly short. 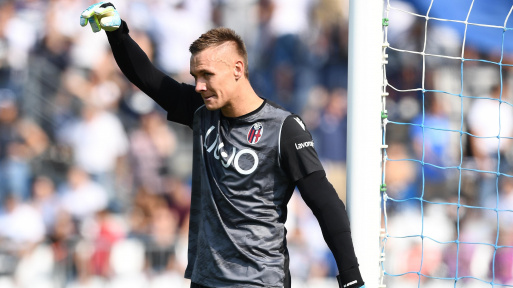 Another goalkeeper West Ham are likely paying close attention to is Lukasz Skorupski. At 29, he’s a fair bit older than Meslier but that shouldn’t put off the recruitment team. Skorupski is by no means old for a keeper and has plenty of experience in a top European league.

The Polish goalkeeper is likely to be far more affordable than Meslier and is a solid alternative should that pursuit be unsuccessful.

Another on-loan star that West Ham will surely pursue is Lingard. The forgotten man at Manchester United has got off to a flyer with his new club, displaying the same form that earned him a spot in England’s 2018 World Cup squad.

Lingard was offered a new deal at Old Trafford last summer, but it is suspected that this was purely to retain sell-on value for when a club, possibly West Ham, decide that they want his signature on a permanent contract. The Red Devils reportedly want £20m for the 28-year-old, a fee that will likely see David Moyes giving the green light to.

Sebastien Haller ended his 18-month stay in London when he left for Ajax in January. West Ham chose not to replace the forward, relying on Michail Antonio for goals until the end of the season. The former Reading and Sheffield United attacker has repaid the faith placed in him, but on the wrong side of 30 and with scant few alternatives in the squad, a striker is needed in the summer.

One option to fill the Haller-shaped hole is Sasa Kalajdzic. The 23-year-old Serb has netted 12 goals in the Bundesliga for Stuttgart this season. He is incredibly strong in their thanks to his 2m frame and has a strong eye for goal.

Another potential option upfront is the current top goalscorer in the Championship, Ivan Toney. There are a whole host of Premier League sides monitoring the Brentford striker after a superb first half of the campaign.

The uncapped 24-year-old Englishman has hit 25 goals at the time of writing. Should Brentford finally secure promotion, Toney’s asking price is sure to rise, perhaps prohibitively so. For now, this is one to monitor.

Perhaps the most ambitious of the trio of strikers listed would be the acquisition of Tammy Abraham. The Chelsea academy product had a very promising breakthrough season with the Blues but has his game time managed more this campaign. Rumours of interest in Erling Haaland could lead to a move for Abraham who has reportedly delayed the signing of a contract extension.

The Blues would be reluctant to see the promising 23-year-old depart, and his fee would likely reflect that. Nevertheless, West Ham may well be a Champions League club by the time the prospective approach is to be made, a fact that could sway Abraham. If the Hammers are prepared to stump up a premium fee, Abraham could potentially head to East London.